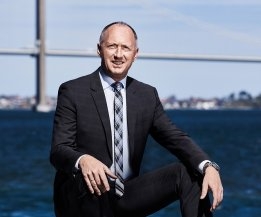 The firm’s pre-tax profit jumped to $155.2 million in the year to April 30 from $77.3 million a year earlier, Bunker Holding said in an emailed statement.

“Bunker Holding was rewarded by its thorough preparation for the introduction of the new low-sulphur fuels, using its global expertise and presence to make the transition seamless for clients.”

The company noted a particularly strong result for its physical supplier Bunker One, which has joined the West African bunker market and strengthened its position in Scandinavia, the US Gulf and the Caribbean.

The company also warned of an unpredictable trajectory for bunker prices over the current months as the coronavirus crisis affects the entire industry.

“We are confident that the strengths that carried us through last year will also help us through the coming turbulent months,” Keld Demant, CEO of Bunker Holding, said in the statement.

“We enjoy superior financial strength as well as great stability afforded by our family ownership, and we have highly skilled employees and market expertise.

“All these advantages mean that we can and will keep pursuing sustainable growth.”