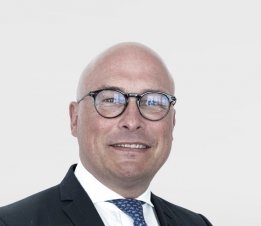 Bunker supplier TFG Marine has lost its new CEO less than three months after his appointment.

Anders Grønborg joined the company in April and is now set to leave later this year, TFG said in an emailed statement Friday.

“The Board at TFG Marine wish to thank Anders for his work in the short time in charge and wish him nothing but success in the future.

“Until further notice the business will continue to be managed by its existing leadership.”

Before joining TFG Grønborg was previously in various roles at World Fuel Services for 27 years, most recently as global head of marine fuel supplies up until his departure in 2018.

The company appeared to have made a profit of $4 million in the first quarter of this year, according to data from one of its shareholders.

In an earnings statement released last month, shipping company Golden Ocean reported its share of TFG’s estiimated profit for the first quarter was $400,000. Golden Ocean holds a 10% stake in the company.

In a first-half earnings release last week Trafigura said TFG has had “a strong start to operations.”

TFG was awarded its physical supply licence in Singapore in April, and planned to start operations there in early May.