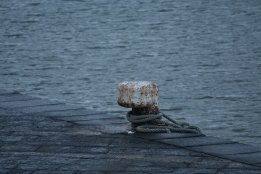 The southern Italian port of Augusta has seen resilient demand for bunkers during the COVID-19 pandemic, market sources say.

Much of the port’s regular traffic comprises tanker calls related to the Algerian state-owned oil firm Sonatrach while spot demand makes up a smaller share of demand.

“Most of our business comes from this regular traffic,” a bunker player active in the port told Ship & Bunker.

Even so, a ballpark figure for demand shrinkage during the pandemic would be 20%, the source added.

Augusta can expect to shift around a quarter of a million tonnes of bunker fuel annually.  It remains to be seen whether it will get anywhere near that figure in 2020.

Bunker Energy, which supplies bunkers at Augusta, is set to deploy its new barge in the port.

Julian is Ship & Bunker’s Senior Editor and has over 20 years’ experience covering the maritime and energy industries. In addition to being the editor of the Oxford-based Bunkernews in the late nineties, his career has included appointments at Lloyd’s List, Tradewinds, Bunkerworld, and S&P Global Platts.

Julian is based in London, UK.