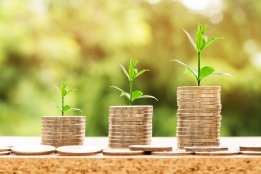 Bunker One is planning to grow its business in Scandinavia. File Image / Pixabay

Marine fuel supplier Bunker One plans to expand in Scandinavia after fellow Bunker Holding unit Unioil Supply has taken over operations at the Skaw oil terminal, the company said Tuesday.

Unioil Supply has taken over operations at the terminal from Monjasa as of June 1, Monjasa announced on Monday.

The move “supports the overall ambition to strengthen the position substantially in Scandinavia by broadening the portfolio of services available to customers in the region,” Bunker One said in an emailed statement Tuesday.

“Strategically, the addition of the oil terminal at the Port of Skagen means that Bunker One will be able to supply to customers even more seamlessly.

“With a shorter distance between customers and storage facilities, Bunker One will be able to increase efficiency and agility.”

The eight storage tanks at the terminal have a total capacity of 42,000 m3, the company said.