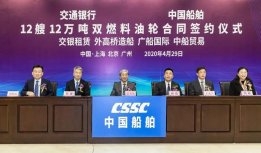 China State Shipbuilding Corporation (CSSC) has announced it has won a contract to build 12 new oil tankers that can run on natural gas for Shell.

The value of the contract is about 4.6 billion yuan ($651 million), and the vessels are due for delivery in 2023, CSSC said in a statement on its website Wednesday.

The LR2 ships will have duel-fuel systems, allowing them to run on LNG as well as conventional bunker fuels.

The ships will be owned by China‘s Bank of Commumnications Leasing, which has already signed an agreement to lease them to Shell on a long-term basis, CSSC said.