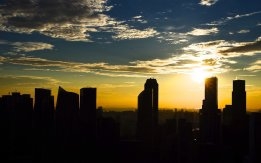 Credit managers have been on alert for a wider fallout from the financial troubles at one of Singapore’s largest oil trading companies. File Image / Pixabay

Two separate oil trading companies in Singapore have issued statements this week asserting their financial stability despite the troubles at Hin Leong, according to news agency Bloomberg.

ZenRock Commidities and Winson Group both published statements saying their financial positions were sound and they do not have any open-account dealings with Hin Leong, Bloomberg reported Thursday.

ZenRock also said that it was not under statutory or insolvency protection, Bloomberg said.

Hin Leong’s lenders have reportedly declined to issue the oil trading firm with new letters of credit, leaving the company and its subsidiaries in an uncertain position while its creditors attempt to reclaim their money through Singapore’s courts.

Hin Leong is the owner of one of Singapore’s largest marine fuel suppliers, Ocean Bunkering.

Hin Leong has yet to make an official comment on its situation, and company representatives have not been available for comment.