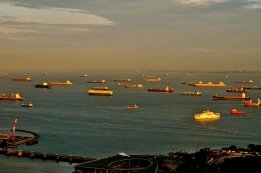 Other suppliers in Singapore appear to be picking up the slack while Ocean Bunkering has paused its bunkering operation. File Image / Pixabay

Cancellations by Ocean Bunkering had led to an increase in spot bunker requirements in Singapore, Platts said.

“There is definitely enough supply in the market, but traders will try and squeeze for higher premiums,” the price reporting agency cited a Singapore bunker trader as saying.

Hin Leong’s lenders have reportedly declined to issue the oil trading firm with new letters of credit, leaving the company and its subsidiaries in an uncertain position while its creditors attempt to reclaim their money through Singapore’s courts.