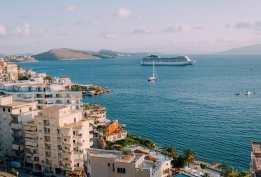 The last two cruise ships still at sea from the ramifications of the coronavirus pandemic will have docked in the next few days, the industry trade body CLIA has said.

The Pacific Princess has docked at Los Angeles while the Costa Deliziosa is heading to Genoa from Barcelona to complete final disembarkation.

Meanwhile, the cruise sector, which has been hard hit by negative publicity and cancelled trips, is well placed to last out the downturn, according to analysts.

Carnival, which like other cruise companies has been unable to access US government financial assistance, has secured liquidity from the capital markets. The company operates 104 ships.

The company, which is contemplatingt zero revenue for 2020, is trimming costs and has yet to announce any layoffs, according to the report.