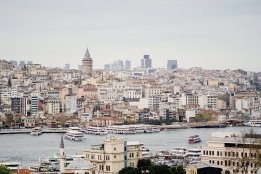 The introduction of the 0.50% sulfur cap has not impacted bunker demand in Istanbul, local payers report.

The new IMO 2020 rule has caused the cast majority of vessels to switch to burning the new VLSFO products instead of HSFO, and some change in demand patters has been expected as a result.

“For January and February 2020, sales are almost at the same level as the period in 2019 with a total of about 400,000 tonnes supplied,” one local physical supplier said.

While official figures have yet to be released, Ship & Bunker has been told HSFO is now less than 5% of the market with the majority of the market now comprised of VLSFO and MGO.