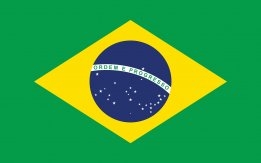 Brazil‘s Petrobras increased its exports of fuel oil to a record high last month, indicating shortages in the country reported at the start of IMO 2020 may have been resolved.

The country’s fuel oil exports reached 238,000 b/d in February, or more than 1 million mt, the company said in a statement on its website Wednesday.

Brazil appeared to have problems with the supply of very low sulfur fuel oil (VLSFO) in January, with Ship & Bunker analysis showing more fuel oil non-availability reports filed to the IMO for that month mentioned Brazil than any other country.

That news came as a surprise, because the sweet crude slate available to Brazilian refiners meant much of the fuel oil the country was producing was already low in sulfur before 2020.