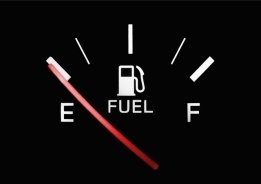 Reports on fuel shortages submitted to the International Maritime Organization (IMO) appear to suggest Brazil is emerging as one of the less reliable countries for very low sulfur fuel oil (VLSFO) availability.

Of the 35 fuel oil non-availability reports (FONARs) submitted by flag states to the IMO for cases in January, a total of six mentioned shortages in Brazil.

Of the 35 fuel oil non-availability reports (FONARs) submitted by flag states to the IMO for cases in January, a total of six mentioned shortages of fuels compliant with the new 0.50% sulfur limit at Brazilian ports — the most for any single country.

FONARs are submitted by ships to the flag state where they are registered in the event that they are unable to buy compliant fuels and plan to use non-compliant ones instead.

The IMO’s FONAR records are not necessarily comprehensive, as they rely on flag states passing them to the UN body for publication in a timely fashion, but the mentioning of Brazil in several instances over the course of one month suggests availability may be becoming a problem there.

Why this should be is less clear; state oil producer Petrobras, Brazil’s sole bunker producer, has been relatively active in its IMO 2020 preparations.

The company produced its first batch of VLSFO in April 2019, and by October 1 it was ready to say 0.50% would now be the maximum sulfur content of any fuel oil it sold.

And Brazil should be in a strong position to produce low-sulfur bunker fuel; because of the sweet crude slate available in the region, much of the fuel oil Petrobras was producing already had a relatively low sulfur content.

Petrobras has not revealed its VLSFO production volumes, and it is possible the company underestimated demand at Brazilian ports.

But Petrobras has not revealed its VLSFO production volumes, and it is possible the company underestimated demand at Brazilian ports.

After trading at a discount to Houston’s prices for November and the first half of December, VLSFO prices at Rio de Janeiro rose to a premium in the first two months of this year, with the widest spread being $81/mt on February 7, according to Ship & Bunker pricing.

Rio’s prices have since dropped to a discount again, trading $16/mt below Houston’s levels on Monday.

In joint second place in the number of mentions in January’s FONAR cases were India and Sri Lanka, both with four reports citing a lack of compliant fuels there.

These shortages are less of a mystery.

For much of 2019 India’s government was publicly mulling not applying the new 0.50% sulfur limit to domestic shipping, allowing ships trading solely within the country to continue burning high sulfur fuel oil.

The government later walked back that position in September, but the decision may have come too late for domestic refiners to produce enough VLSFO to cover the needs of domestic ships as well as their international customers.

By mid-January local reports talked of coastal shipping in the east of the country coming “to a halt” because of a lack of compliant fuel.

And as Sri Lanka relies on imports for its bunker supplies, it is likely to experience shortages at the same time as the east coast of India unless its suppliers have time to arrange cargoes from elsewhere in Asia.

Other countries are mentioned more sparsely in January’s FONARs published by the IMO; South Africa, Bangladesh, Egypt, Cape Verde and Chile are both mentioned twice, and the rest of the countries are in single figures.

The FONAR reports cannot be taken as a comprehensive guide to VLSFO non-availability, but they may be an indication of which regions will turn out to be more troublesome this year.