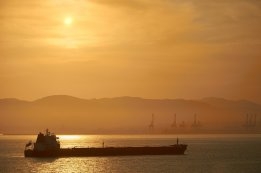 Tanker company Frontline has completed scrubber installations on 26 of its vessels so far, the company said Thursday.

The company plans to install a further six of the emissions-cleaning systems on its tankers “by the summer,” it said in an earnings release published Thursday.

Once those are completed, 50% of the company’s vessels will have the systems equipped, Frontline said.

A VLCC with a scrubber equipped can currently earn as much as $30,000/day, the company said.

Frontline owns a 17.4% stake in the newly merged scrubber manufacturer Clean Marine after its merger with FMSI earlier this year, it said.

The company also owns a 15% stake in TFG Marine, the new bunker supplier majority-owned by Trafigura and launched with them, Frontline and Golden Ocean earlier this year, it said.