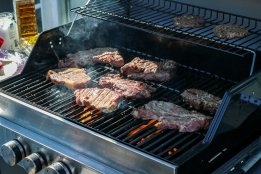 At present LPG is more familiar as a barbecue fuel than a bunker fuel. Image Credit: File Image / Pixabay

The company has exercised an option to retrofit four more of its very large gas carriers (VLGCs) with duel-fuel engines capable of LPG-fuelled propulsion, it said.

The new order will take its fleet of ships capable of running on LPG to 12 vessels after the retrofits, the company said.

The 12 retrofits will start this year and be completed in the second half of 2021, the company said.

Supporters of LPG propulsion for shipping claim it can deliver emission savings to LNG with a much lower infrastructure cost, but its availability is less widespread than LNG.