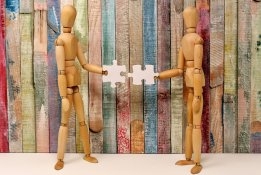 We’re looking to work more with some of the traders operating at less familiar ports. Image Credit: File Image / Pixabay

As I’ve arrived at Ship & Bunker, the new sulfur regulation has wormed its way into the bunker industry with relatively little fuss so far.

Operational problems with the new very low sulfur fuel oil blends appear to be manageable for now, and with any luck disputes over sulfur content will thin out over time.

But credit is the next shoe to drop. The bunker industry is in the process of asking for tens of billions of dollars of new working capital from bankers that were never enamoured with it in the first place.
That’s not going to work out for everyone.

In December Ship & Bunker and SeaCred put out a report identifying the top ten bunker suppliers in the world.

Realistically, bar any suprises, these companies are still going to be with us this time next year.
The opinions of their senior managers will generally reach the pages of our publication, and we’re grateful for them.

By they’re not going to set the pace this year.

The general perception of how IMO 2020 goes will be set by what happens at the smaller ports, where the smaller traders operate.

So, step up and be heard.

If you’re running a bunker company at a port with bunker sales lower than a million mt/year, get in touch. We want to run an interview with you setting out how your things work in your part of the world, setting out the challenges that are unique to your set of circumstances.

The idea of the global bunker industry covering a 250-300 million mt/year market tends to be thrown out casually, without a clear idea being shared of where all these sales might be.

The idea of the global bunker industry covering a 250-300 million mt/year market tends to be thrown out casually, without a clear idea being shared of where all these sales might be.

The first hundred million tonnes or so are easy enough to identify, looking at the biggest bunkering hubs, but that leaves the remaining two thirds of the market in less familiar places.

That’s where I hope our readership will come in; I’d like to write as much as possible this year about some of the smaller markets where marine fuels are bought and sold, and now they are coping with this year’s transition.

Ship & Bunker staff will be out in force at IP Week events in London next week. If you’re in town and want to talk, get in touch and we’ll try to meet you at some point in the week.

I can be contacted on jack@shipandbunker.com. See you next week!